JavaScript(JS) allows object classes to be anonymous. No need to name them and bind your class to an identifier. Instead of class MyClass { ... } write class { ... }, and it will be created without a name.

Likewise prefix a regular JS object { ... } with class and have an anonymous class defined.

Nothing special here, classes are in fact normal JS objects. The big extra is that anonymous classes, just like normal classes, can use the JS extends syntax to easily carry other objects and acumulate them.

It is possible to pick our favorite class and create other unique classes from it that are, in fact, just declaration copies that add nothing at all. Unique copies of class declarations. Here is an example:

But what do Web Components have to do with all of this?

The global customElements registry (the global var that browsers have, where new tag names get defined) only allows one class to be associated with a single tag. Once a class has a corresponding tag-name set to it, it is no longer possible to set another-tag-name (nor delete it, but that's for another post, hehehe).

It makes sense. Why associate two tag names to the same class anyway? I don't know, but I still want to be able to do that nevertheless :)

Anonymous classes provide a simple way to avoid this limitation. By extending the Web Component class and using the unique copy of its declaration as a different tag-name. Like so:

The code above uses multiple tag names for the same class. :)

It also allows the tags <awesome-tag>, <i-can-be-awesome-too>, <me-too> and <lets-all-be-awesome> to be used in HTML and all of them will share the same functionality (because they all have Awesomeness).

But since they all have the same functionality, why couldn't I use a single tag name?

That is an excellent question. Having multiple tag names for the same class is the first step I found in dynamic HTML tags that can have any name and be defined only after.

This section is the part where I am going to create dynamic tag names with anonymous classes. 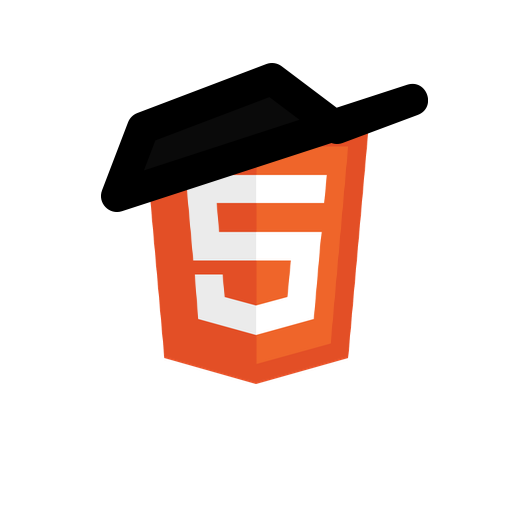 Since I can't explain this well, let me try to do it with an example: a style container.

Nowadays, there is a big wave of these CSS-In-JS-In-HTML-In-React-In-Vue-In-IOS-In-CSS-In-... approaches. People get upset with each other because of those styled-components vs. styled-system vs. styled-tailwind-my-head-is-bigger-than-yours arguments.

I don't like any of them, plain CSS is still king in my small street, but that doesn't mean that I can't try to add yet another styling approach to the mix. After all, this is such a pleasant hill to die at.

This new CSS framework is going to be made by just two classes. A container class and a class for the children.

The purpose of the children's class will be to hold a bunch of CSS inline style parts. It starts by reading its textContent and place it as a style part of itself.

For the StyleContainer, I want it to read whatever children tag names it might have and create a new Web Component for each of those new tags.

What does this do?

Does it even work?

Yeah, I don't know, but it gets better.

The above code allows HTML to be written with some sort of HTML variable buckets.

When the StyleContainer gets defined at the customElements registry (with the "style-container" tag name), the above code run its logic. It looks for the children and creates the tags <super-border>, <fancy-background> and <a-cool-font>.

These tag names can have the semantic value of a variable. HTML variables. Or any other semantic value or purpose that might be fit. Anonymous classes create dynamic tag names, where you place whatever name you want in the HTML. After that, it is up to the intended implementation/framework/idea to give them meaning and flow.

The HTML code can then reference these dynamic tags.

They can be used to compose more complex styles. With a composer Web Component, lets say... the <import-style> Web Component (not yet defined):

Or use the dynamic tags as plain references outside of the <style-container>:

And apply the contents of the magic-button tag to the inline style attribute to the nodes found.

How does this differ from plain HTML?

It is another way to write it. Maybe it is better than placing "id"'s in common tags, perhaps it goes against the pure HTML semantic values, or perhaps it is just a shitty idea. I have no strong opinion. It is just an idea.

Couldn't I just use CSS?

Why all of this, then?

I don't know the answer to this. I like the approach of giving logic a declarative front. HTML is good at that. It is declarative and also dynamic through Web Components. How much logic should go into it, or what kind of logic is something that might be cool to find out. I do think CSS styles definitely should not :D (we already have the class attribute and CSS vars).

I presented a small example of using Web Components to create dynamic tag names. I think that having the possibility to declare a new tag name under a given parent and automatically create it can have some cool opportunities. I don't know the extent of what can be possible or what this might entail, but still, it is something that we can do with Web Components and maybe use to break logic into easily identifiable small parts.

This post is Part 2 of a series I am writting called "The Life of a Web Component".

The other parts are: