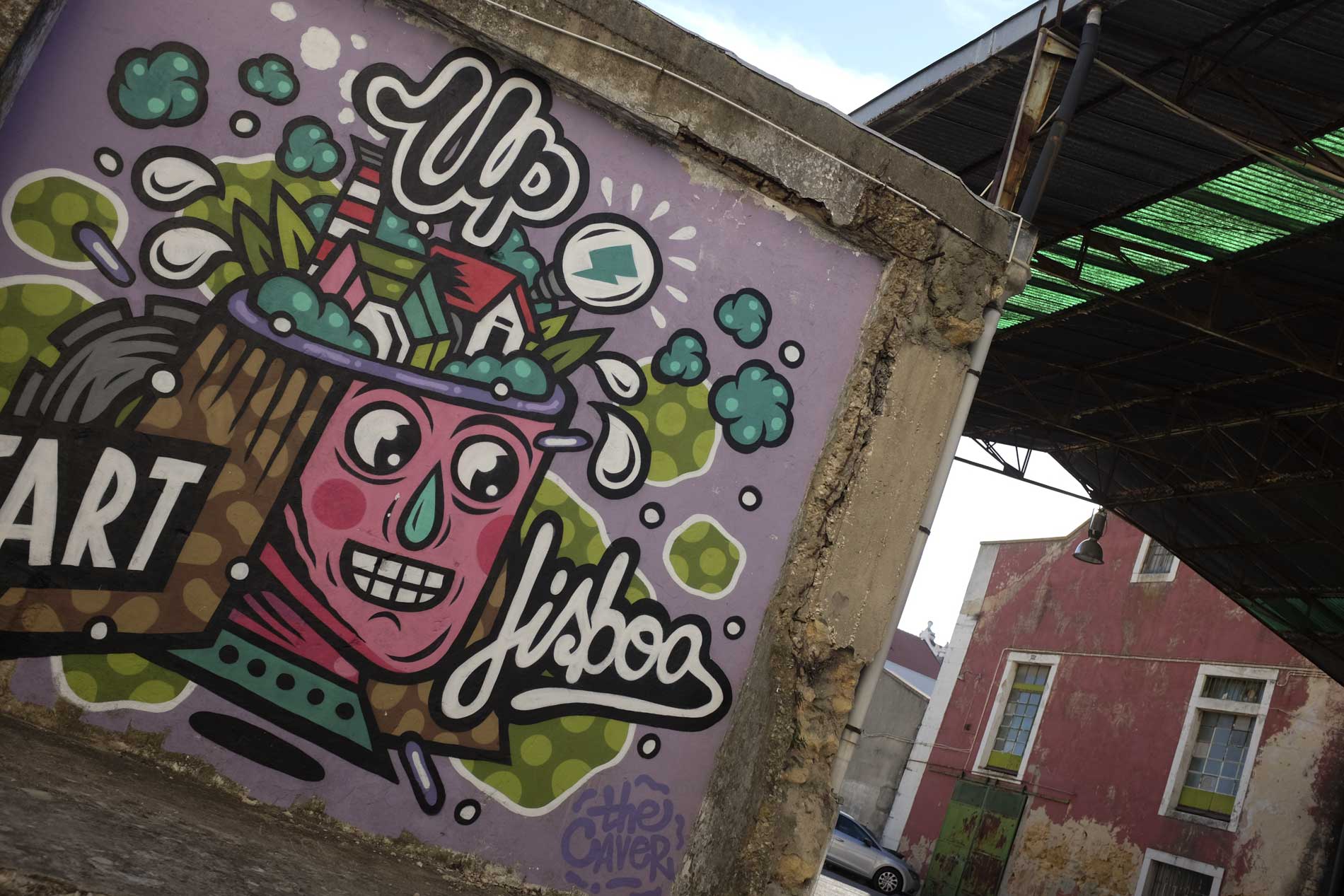 About a month ago I was planning my WebSummit approach when I realized that I had never been to such an event. Much less have a stand of my project there.

That was when I started searching for opportunities to be at events. To train and prepare for the WebSummit.

Back then I got an invitation to participate in the first aniversary of StartUp Portugal, the portuguese state entity that acts upon the development of our entrepreneurial ecosystem.

My immediate decision was to say "yes" and use this oportunity to train the speach/pitch/posture in a faire stand. The event took place in the "beato creative hub", an old military industrial area that was abandoned for years until they decided to turn it into the next big thing in Lisbon. 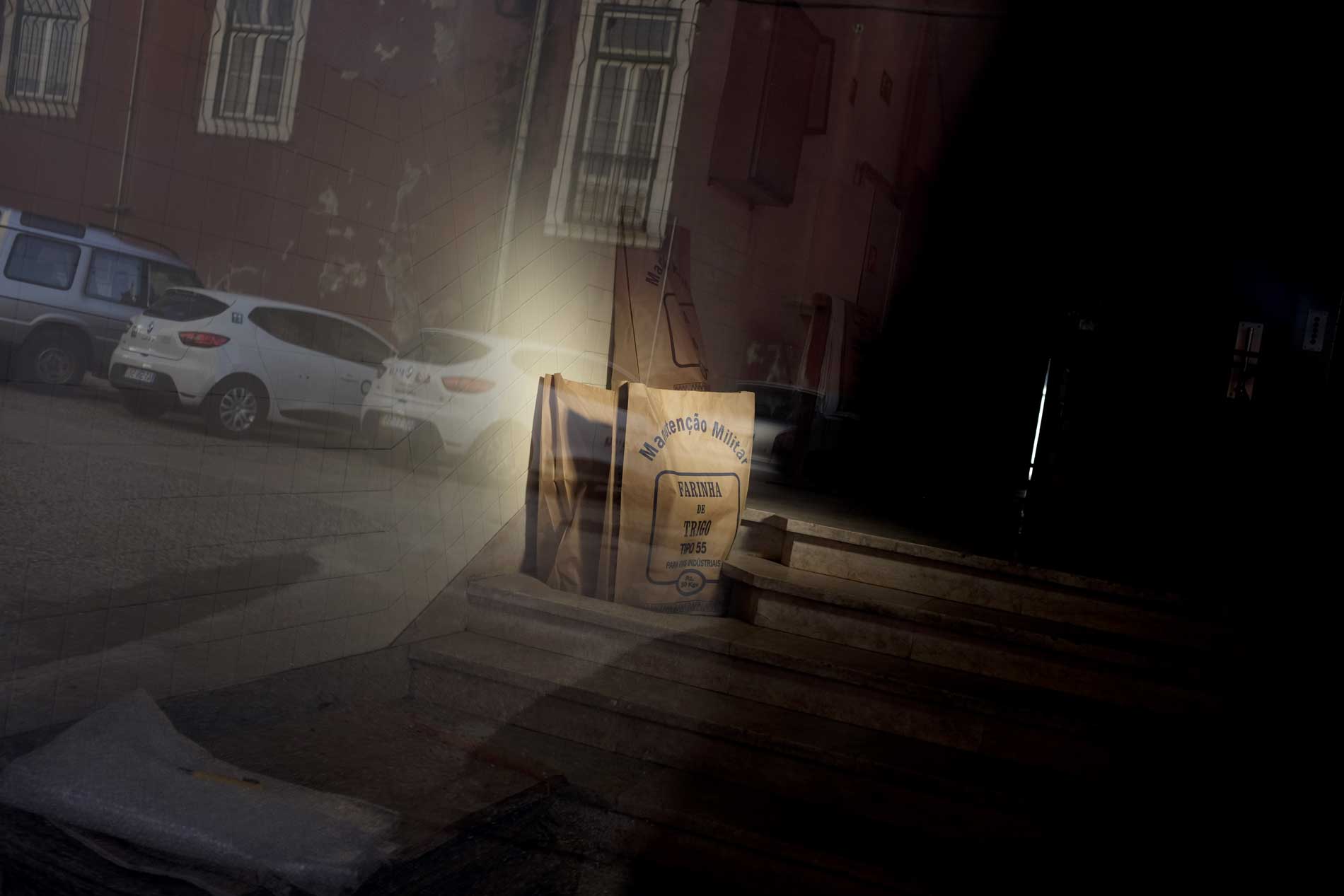 Access wise it is near the river, and although it has a nearby bike path, the entrance is on the inner side, making it difficult to get there on bike or on foot (cars tend to speed and the sidewalks are narrow in that area of the city). The surrounding neighborhood used to be neglected and poor, but now it is thriving with Lisboners looking for different places to hangout due to the tourist pressure present in past common areas of the city (bairro alto, cais do sodré, etc...).

That day (4th of October) I arrived a bit earlier than expected to setup my stand and after it I drank a beer to chill out while making my first contacts with the other stands as they arrived.

The whole thing was novelty to me, I was there with Grid Generator, the bootstrapped project I've been working on, and things proceeded in three waves during the day:

Wave 1: Lots of people in suits

After a while lots of people in suits showed up. Most of these were just walking around while keeping a safe distance from the stands. Enough not to get approached by any of us there standing. Since I was there to take the most of it, I grabed a few flyers and actively went to them to talk about my amazing project.

To my shock they were not interested in listening to what I had to say. This was not even a problem with my pitch because they turned me down right after I showed up with a smile and said "Hello, can I talk to you about my project ?". Maybe it is a problem with my face.

If they were not there for the startups and the people working on them then what were they there for ?

I decided to deal with it and move along. I guess negative reactions should be expected when going to these events with an active posture (seeking people to speak, instead of waiting for them to speak with you). 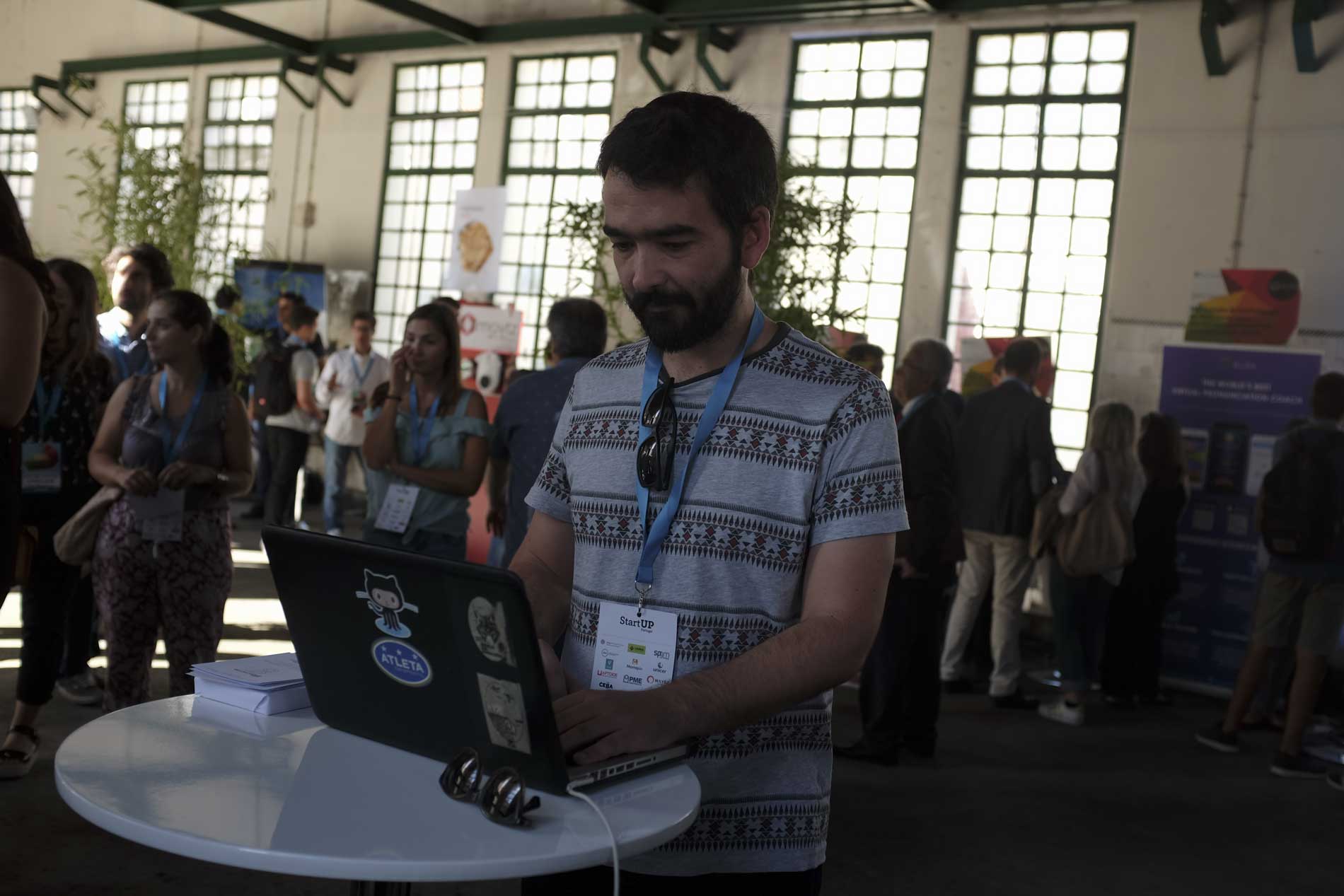 The event then had some talks. Unfortunately they were scheduled to happen in a different building than the one we were in. So suddenly everybody left and disappeared from sight. A few important politicians showed up to talk (I saw them at a glimpse) and we were left alone: should I leave my stand unattended ? I decided to stay and hold my ground just in case somebody showed up. 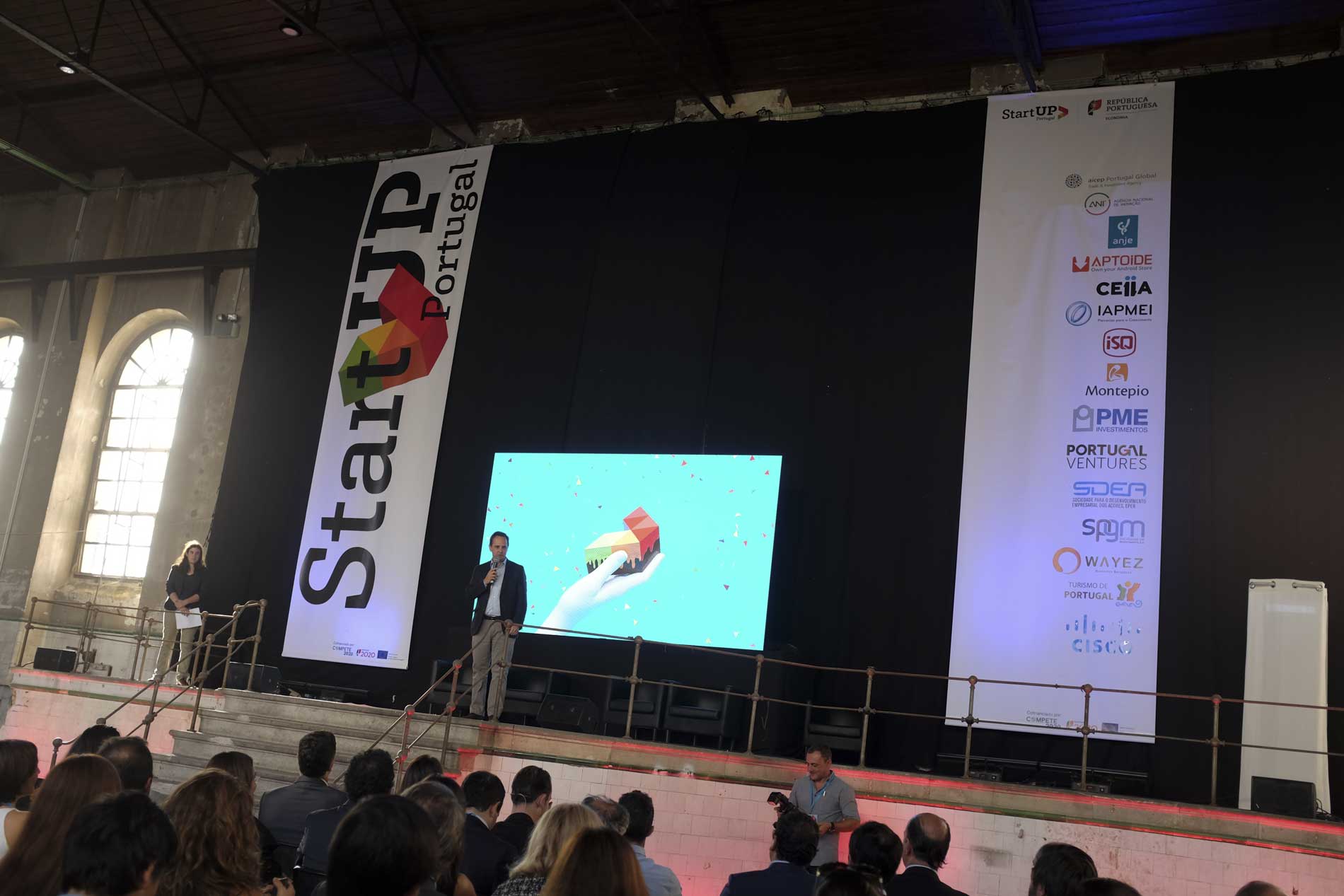 During this time my motivation was going down and approaching a local minimum for that day. "I see... this is mostly a political event."

That was when I met Pedro from othersigns.pt. He had decided to check out the projects while we were mostly empty. I pitched him when he interrupted and decided to criticise me about my pitch approach:

"Why are you talking about your project like it is targeted for the design industry ? I can clearly see it is not, yet you talk about it like it is"

We talked. One hour later he had convinced me to look at it from a different angle and try to push the real innovative things about my project and sell it as a design tool for non-designers. Something targeted for the creative crowd that needs to do some design but don't know/want to work with complex pro tools like the ones professional designers use.

Lots of different possibilities and approaches for Grid Generator came into conversation. It was fun and made the event worthwhile.

After the talks ended in the other pavillion a hoard of scouts in suits approached our stands and told the people next to me, in an important tone, that they would have to speak with the secretary of state for the industry. It happenened. She talked to them, took some photos, and promptly decided to ignore most of us in the other stands, talking only to a select few. The other politicians didn't bother to show up.

Startups were apparently the boring part in this startup event. Marcelo Rebelo de Sousa, yesterday, was kind enough to give voice to anyone who wanted to speak.

After this I went out. Grabbed a slice of the aniversary cake that they were eating outside (even the cake was outside the stands area), and had another beer while meditating on what had happened. After this I left to dance Kizomba in another part of the city.

I decided to participate in this event in order to train for our WebSummit stand. Overall it was a fun experience albeit the first of its kind I had. I am not sure I would want to repeat it again if given the chance.

It definetely helped me learn a few things about being in a stand and craft a more prepared approach for the bigger event that is the WebSummit. 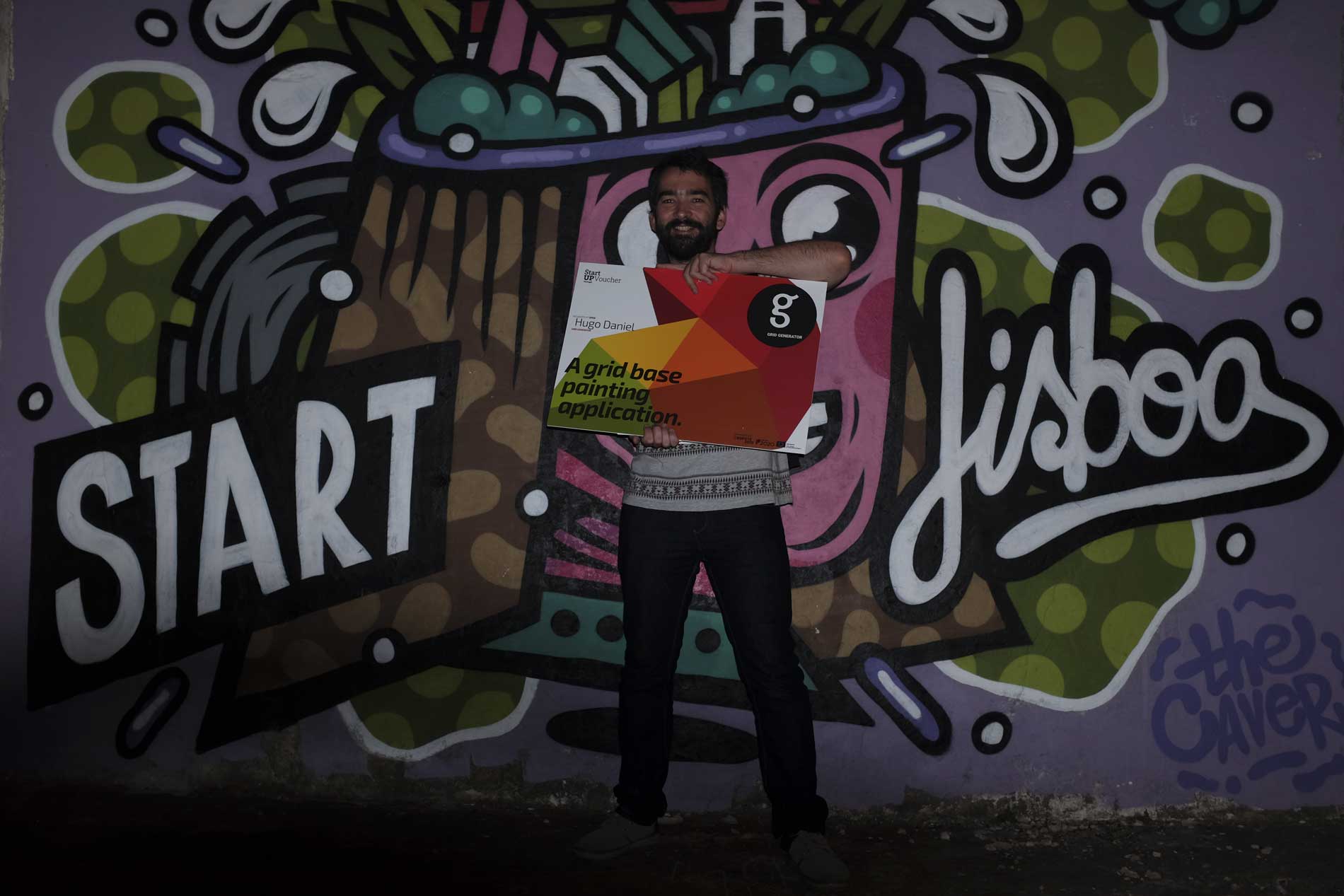 Here is a quick list of things this helped me learn about being in a stand, some of these are pretty obvious but still worth to keep in mind:

Hope this helps and see you at the WebSummit next week in Lisbon, also take a look at some cool places to eat in the touristic area of Lisbon :)